As 2016 approaches, it’s traditional to reflect on the year gone past and set your intentions for the New Year. But instead of making ambitious plans that are more than likely to have failed by the end of January, how about being really specific about the changes you want to achieve?

If your heart is in the kitchen, why not keep it there? We’ve come up with five suggestions of how home cooking can even be more pleasurable as well as practical in 2016.

Are you getting a little jaded in the kitchen, always cooking the same old meals? Why not get inspired by a different type of cuisine? Moroccan, Gluten Free, Sea Food, Vegetarian – whatever tickles your taste buds, aim to learn three easy, failsafe recipes that you can fall back on. 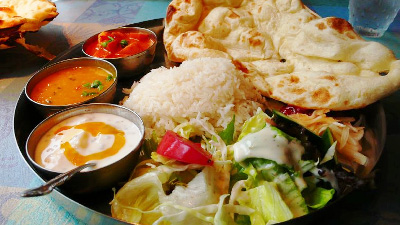 If you’re anything like most people, you’ll have a motley assortment of recipe books on your kitchen shelf, most of which have never been opened. Take each book off the shelf, dust it down and decide to: 1. Keep it and use it; 2. Sell it on eBay or similar; 3. Give it to a friend or donate to charity. Any recipe book you haven’t used in 2015 is unlikely to get used in 2016. Be ruthless – out with the old and in with new opportunities!

There’s nothing like watching someone else create exciting dishes with unusual ingredients to get inspired to do the same. What are you waiting for? Book yourself into a Sushi making workshop, learn how to fillet fish or prepare a gourmet dinner to wow your friends. 2016 could be the year you take your cooking skills to the next level. 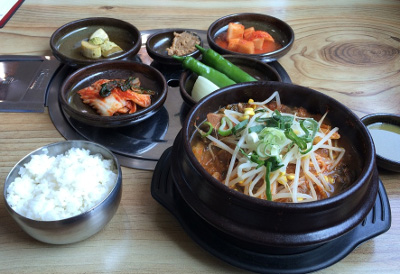 It is a sad fact that many families struggle to spend quality time together. Shared mealtimes used to be an opportunity for conversation and general interaction as much as eating, but in these days of TV dinners and busy lifestyles, that doesn’t seem to be happening all that much. Try to make mealtimes family time. No smartphones or computers at the table, no TV on in the background, no getting up from the table to rush off. You might be surprised at how much you all reconnect with each other.

Are you tired of doing all the cooking? Do you wish that sometimes, just sometimes, someone else would volunteer to take the reins in the kitchen? The answer might be to involve your partner or (older) children in preparing meals for the family. Start small – teach them just one dish they really like – a pasta dish is always a winner, and Roast Chicken is pretty foolproof too. Choose something straightforward that yields reliable results, so that you can heap on the praise and motivate them to want to learn more. Not only will you suddenly have willing helpers in the kitchen but with any luck you may have just inspired them towards a lifelong passion for cooking!

Our manufacturing and delivery is currently at pre-Covid capacity, subject to the current Government guidelines.

Our showroom is open by appointment only, with only one meeting at a time in order to maintain social distancing.  Please ensure you wear a mask as the Government guidelines. Alternatively, if you do not wish to visit yet, we would encourage you to contact us for a video consultation (see our contact website page) or, if you prefer just a normal phone call, just let us know when is convenient.

Send through your project plans to info@pricekitchens.co.uk for a design and quotation.  Photographs and a rough room sketch together with your “wish list” are sufficient for us to prepare initial proposals.

We will also able to show you products via WhatsApp if you are self-isolating at home. Once you are happy with your design we can meet up to check measurements and finalise colours etc.

Look forward to hearing from you and stay safe.