How can you use your oven as a barbecue? 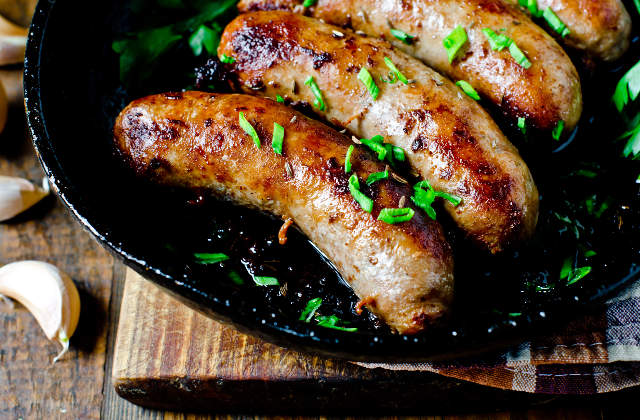 Springtime is upon us and this can only mean one thing: it’s barbecue time, ideally in the garden with family and friends. However, with the British weather being so notoriously unpredictable, organising a BBQ garden party always is a risky undertaking. You need to have a Plan B just in case it starts tipping down just at the wrong time.

Cooking indoors may not have quite the same vibe as barbecuing your sausages in the sunny outdoors, but it’s handy to know that you can take your burgers and hot dogs indoors and use the oven/grill in your kitchen to prepare deliciously grilled food when you need to.

Use your oven as an indoor gas grill

Your domestic oven may not give you that lovely charcoal flavour that traditional barbecues do, but it does give you a versatile and easy to set up method of grilling steaks, ribs and veggie burgers etc when the Great Outdoors has other ideas.

The grill function of your oven does in fact have a lot more in common with an outdoor barbie than you might think. Both use intense heat to grill food, both require the same careful attention and a watchful eye to avoid over cooking or even burning your kebabs and hamburgers, and both are capable of producing tantalising, chargrilled food for you and your guests.

Is there a difference?

The main difference between an outdoor BBQ grill and an indoor oven grill is that your oven has a thermostat that allows you to control the cooking temperature. Outdoor gas barbies also have this feature but charcoal grills don’t.

Importantly, your kitchen grill will turn itself off once it’s reached a maximum temperature, typically about 250C. Any food inside the oven will carry on cooking but in its own steam. When you’re trying to grill food, you don’t really want this to happen – rather, you need the food to be under constant heat, direct from the grill.

To keep the oven grill burning, make sure you keep the door slightly open to promote good airflow which allows the heat to escape and stop the oven from shutting down having reached its highest temperature. That way, your food will burn on the grill rather than bake in the oven.

Use a grill pan

Just as if you were barbecuing outside, it’s important for the grease and fat from your sausages, burgers and so forth to be able to drip away – however you don’t want your oven to get too dirty. What’s the solution?

Invest in a nice cast iron grill pan that will last you a lifetime if you look after it properly. Make sure you preheat the grill pan before you place your steaks or chicken wings on it so you get a nice searing on the meat’s surface. 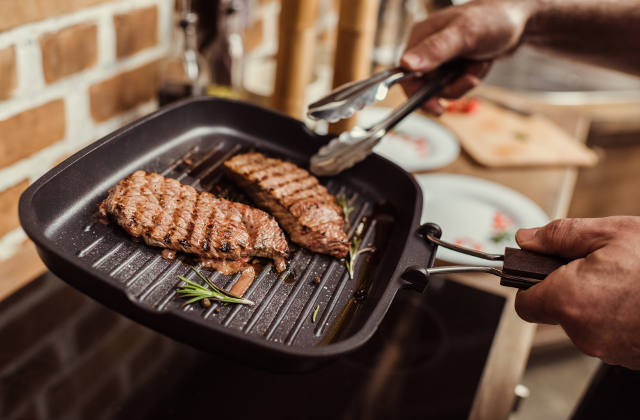 A word about food safety

Finally, it’s advisable to always keep a watchful eye on your food while it’s cooking, and this is especially important when you’re grilling. It’s risky to assume that just because the oven door is open it will take longer to cook, but grilling doesn’t take very long at all.

Your food can easily burn and even catch fire if not monitored properly, so make sure you stay close to your kitchen grill and don’t overcook anything. Obviously, you should always check that your food is cooked through thoroughly before you eat anything – particularly if you’re grilling meat.

If your oven smokes a lot whenever you turn on the grill, there may be a build-up of grease and grime and it’s time to give your oven a good clean.